I'm discovering that I like Wordpress' features more than Blogger so my blog has moved.
All of my previous blog posts have moved to the new site, but they will stay here too since I know there are some links to this blog.

Here's the link to the new blog:  https://hismomsjourney.wordpress.com/ 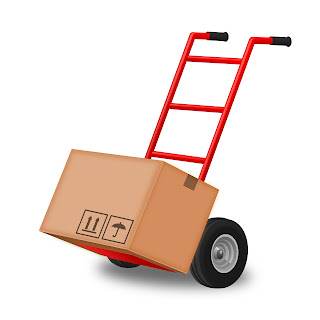 And just a reminder - all of my posts are shared on my Facebook page, so if you Like my page, you'll get my posts in your feed:  https://www.facebook.com/HisMomAJourney/

Thanks and take care!
TN's mom

It's been several months since I've posted anything.  I just haven't taken the time to sit down and write...life has taken over and got the best of me.

So in my last post 6 months ago, I said we were starting the process and waiting for the name change court order.  Surprisingly, we received it less than 2 weeks after we submitted it.  That was great news!  I've had friends who live in other states who have had to physically go to court and plead their case to change their kid's name.  For us, all we did was get a notarized signed form stating that we requested the name change.  My husband dropped it off with the county court, and in about 10 days, the official court order showed up in the mail.  YES!!

Pro tip:  if you submit a name change request, be sure to also request 10 original copies of the court order.  It'll cost a few dollars for each, but you'll need originals to mail to various places. 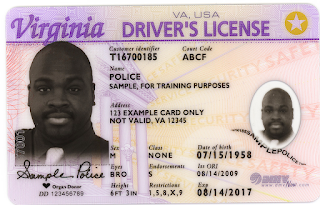 After we had that, then it's a matter of applying for a social security name change, then the DMV for the drivers license name/gender marker change and then the passport.  After that, there's still a lot to do, but by having those primary identification documents complete, we were good to apply to colleges, get credit cards, change medical insurance, etc.   I was very fortunate to have my husband do 99% of the legwork with these things since he quit his job and was taking a few months off.  No lie, he spent hours driving to various places (sometimes a few times because we didn't have the correct items, etc).  Of course you don't have to quit your job to do it, but since it takes a fair amount of time, visits, and phone calls, it'll just take you longer to do it while you are also juggling a full time job.

You can visit my earlier post on detailed information on how to complete name and gender changes along with helpful legal links.  In light of the new change in federal administration to majority republican and considering Pence has made it clear he is anti-LGBT, you may want to do these things sooner rather than later.  I don't want to create panic, however if laws change, it may be more different or impossible to get certain changes done.

We still have some additional clean up to do with changing TN's name everywhere.  Most of the items are minor, but necessary (I remember everything I had to change when I got married and took my husband's last name!) so we are working our way through them slowly. Here is a nice Change of Name and Gender Marker Checklist to give you a start at making your own list of items to change.
Posted by TN's Mom at 10:25 PM No comments:

So I wrote a post months ago about the name and gender marker change process. http://hismomjourney.blogspot.com/2016/01/changing-name-and-gender-legally.html It didn't happen back then because life got in the way but now we're doing it.

The first step is applying for the name change through the state via our county court. My husband and I had to fill out forms for TN since he's a minor. We both had to sign and get the forms notarized. (Both have to sign because 1 parent can't make decisions about a minor without the other parent's consent.)  It's a process and I went through the motions without thinking much. But when I let it sink in...

I am not sure how to describe how I feel. It's all very surreal. On one hand, my kid is my kid. Does it matter the name or male/female? On the other hand, as a mom, my inner core is connected with the daughter I birthed and the name we chose as mom and dad in anticipation of our tiny baby 17 years ago.

It doesn't seem to really impact me until I'm having a stressful day. Then it all comes pouring out. How I'm losing my baby girl and how I just want it all to go away and never have happened. That doesn't happen very often but it does hit. It's funny, though, because later I'll hang out with TN (he loves doing almost anything with me to hang out - walk thru model homes... see a funny movie... come with me to our locally owned Mexican restaurant and just talk...) and realize how freaking normal he is now that he's male. He has great insightful discussions with me and is just a cool person to be around. During those times, I'm not sad at all.  I love my kid.

It's somewhat of a mourning process, I guess. And at the same time, it's a relief to take steps to help my kid feel like his true self. One positive part of this is his middle name. I'm not sharing real names on this blog, but what I can say is that we all decided to modify his female first name into the male form of that name for his new middle name. I felt a little better - as if a small part of my naming him at birth will carry on. Oh and if I accidentally use the nickname of his female name, he can tell people I'm just using his middle name!  Win/win!

Once we get the approval from the county court system then we can change his social security info and driver's license. Those are the 2 key items to enable him to start his senior year in high school and apply to colleges with his new name. Of course, there's like 50 other things to change but those aren't as urgent.

I'll have to write another post when we get the approval (hoping just a few weeks) and take the next steps.
Posted by TN's Mom at 10:31 PM 13 comments:

I previously mentioned that I'm in a few private Facebook groups for parents of transgender kids.   One of those groups called "Serendipitydodah for Moms" 1000+ Christian moms of LBGTQ kids (and those kids ages range from elementary school to adult children).  This group is such a loving group and the group admin, Liz Dyer, invites guests into the group for a few days to allow the group to have an online Q&A.

A few times Pastor John Pavlovitz has been the guest.   He's a fully affirming pastor in Raleigh, North Carolina.  By "affirming," I mean that he's accepting of LBGTQ folks in the church and does not think they are sinners.  If you're interested, you can follow John Pavlovitz on Facebook.

He became internationally famous after one of his blog posts (as a Christian Pastor) about how he will love and 100% accept his children if they ever tell him they're gay and would not try to "pray the gay away."  Here's a great news story about that post and him talking about it:  http://www.wral.com/wake-minister-broaches-issue-of-gay-children-in-blog/14039193/

He was in the group again recently and he created a blog post out of the responses from the moms when he asked us "What is the greatest/most important thing you've learned since beginning this journey with your child(ren)?"

The responses were so awesome - and I remember scrolling through them all in that Facebook group post, being moved by all of them.   So I wanted to share them with you.  Here's his blog post:
http://johnpavlovitz.com/2016/04/03/love-wins-moms-lgbtq-children-share-stories-part-2/ 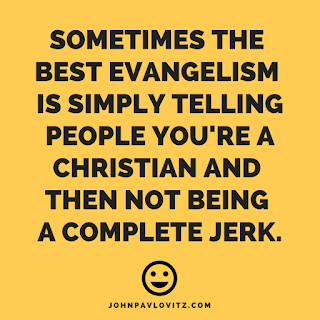 Welcome to my Journey

You can also follow my posts on Facebook at: http://www.facebook.com/HisMomAJourney
I am not a writer. I am an executive (who has a social worker's heart!) and a wife who happens to have a CIS son and a transgender son. Along with helping me digest my thoughts, I simply hope this helps some other parents out there who are on a similar journey. If your world is similar to mine, I'd love for you to comment and share! (Side note - I write on topics when I think about them so these posts are not exactly in chronological order! You may read about some of my recent experiences and then...BAM!...you'll read about experiences from a few years ago!)

How many people are checking me out?!?!